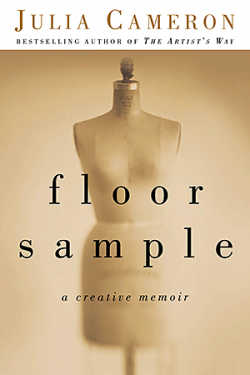 Mark phoned from Chicago. He sounded like his old self, warm and humorous. His visit had been great, but he was coming home. He missed me. The call was warm and comforting. There was no mention of a divorce. I chalked up my fears to a writer’s overactive imagination and was glad to open the door to him when he returned, genial as a big bear, happy to see me, filled with greetings from the friends he had seen, friends we had shared.

It was strange and terrifying as being drenched by a cloudless sky. Once inside the house, Mark‘s mood shifted, and he struck out like lightning.

I don’t remember the rest of the day with anything like clarity. Mark took a few things and left. I don’t know exactly where he went. To a motel? To his friend Carl’s? I was too numb to fight with him—or, for that matter, for him. He said he was leaving and I let him go. I didn’t hurl myself at him, begging for a change of heart. I knew better. His tone was very clear. There would be no negotiating a new decision. Clean as the cut from an ax, we were over, our marriage was done.

“Mark left,” I told Domenica when she got home from school.

“Oh, Mommy,” she said, and put her arms around me.

Beware the Ides of March, they say, and I believe it now. Mark left on March 15, and I spent the next month going to my bed at seven o’clock at night, sleeping like I had been clubbed. “Just don’t drink,” I told myself. “Don’t use any drugs.” Telling myself “This, too, shall pass,” I tried to put one foot in front of the other, writing daily and going for my walks. Spring alternated with leftover winter and many days my walks were bitter cold. I fought for a stability both for my and for Dominica’s sake.

“Guide me,” I prayed. “Guide me,” and I suppose now that I was guided, I didn’t pick up a drink. I didn’t take any recreational drugs or fall into an ill-considered affair. In truth, I was too shattered to even be tempted by any of it.

I learned that I was said to be having an affair, two of them in fact, one with John and one with Crawford. This was wild fantasy, but it made me infuriated and heartsick. “so much for enlightened Toas. So much for friendship,” I fumed. There was nothing much I could do to combat the rumors, and so I was branded a scarlet woman. In the wake of Mark’s leaving, in the face of all the ugly talk, people left me pretty much alone. Sympathy was not with me. As the grapevine had it, Mark was the wronged party.

Ironically, both of the men I was said to be involved with had little cause to see me in those days. I had been a friend in need and a friend indeed, but both John’s health and Crawford’s involvement found solid ground. I wasn’t really needed any longer as they settled in happily with the women of their choice. I was glad for them and too undone myself to feel lonely. “Lonely” didn’t begin to cover my emotions. “Lost,” “shocked,” “bereft,” “traumatized” came closer.