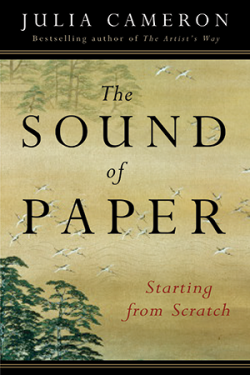 The drought takes its toll. Thirty miles to the north, Colorado is burning. Flames have formed a wall one hundred feet high. Homes have been devoured, as have great swaths of forest acreage. A woman has stepped forward t take the blame for the blaze. She angrily disregarded fire warning to burn a letter from her estranged husband. The letter set the conflagration.

For the moment, Taos is out of harm’s reach, although forty miles to the east, in Cimarron, a blaze has broken out and they are setting a counterfire to control it. The smoke from the counterfire is expected to be dense enough that those in Taos Ski Valley with respiratory ailments are asked to remain indoors for the next three days. This from a sign at the post office.

As with a forest fire, a creative drought can quickly become a destructive blaze destroying life, certainly quality life, and property. There are those among us—myself numbered here—who write for a living. If the words won’t come, the money can’t follow, so the words must be kept flowing somehow.

In order to be able to write at all, and especially when pinched by a creative drought, we must be willing to write badly. This doesn’t mean we necessarily will write badly, but that we are willing to write no matter what, to soldier through at the page even as our ego is shrieking, “This is terrible. You really cannot write!” And the same is true for the other arts as well.

It is always the ego, in the form of our inner perfectionist, that can be identified, like the letter burner, as the first cause of damage. The ego doesn’t want us merely to be able to write, paint, sculpt, dance or act. It wants us to do these things well, to do them brilliantly, or – and here is where drought sets in – not at all. Writer Tillie Olsen calls the perfectionist “the knife of the perfectionist attitude in art.” She is accurate in this.

The perfectionist wants us to be able to work perfectly. It doesn’t want to bother with rough drafts or sketches. It is out for the polished final product and it wants us to produce that first and all the time. It is the perfectionist’s fingering the blade of the knife that keeps us from working much of the time. The perfectionist cajoles the ego into taking it seriously—and the ego, which wants desperately to control our art, is glad to have something in its power after all. The ego has the power to keep us from making art, but it does not really have the power to make art itself. Art is an act of the soul.

The 12-step program Arts Anonymous—an excellent program—talks about the anorectic high that an artist can get from avoiding art. Te fact that we are not making art becomes the obsessive something that fills our days. And make no mistake, “I’m not writing” takes up far more energy and space than “I am writing” ever will.

It takes humility to dismantle a creative block, and it takes the vigilant practice of humility to keep building one. The ego wants to claim as much territory as we will allow it. “I am brilliant” is what the ego is after, not “I am of service, and”not“I am serviceable.” And yet, it is in trying to be of service, in showing up at the page and listening rather than speaking, that we begin to make art that transcends the ego’s brittle boundaries. At root, the ego is not innovator. It wants its art to be validated, stamped with official approval. In this sense it wants its art to be safe rather than daring.

When we are willing to make what wants to be made rather than make what we want, we become open to new directions. We begin to be able to let some of the seriousness out of our artist’s life, and we begin to let some of the playfulness back in. It is an ironic fact that most great artist are inherently playful. As Carl Jung remarked, creativity is “the mind at play with the materials that it loves.” This is a far cry from “production-line creativity.”

The ego wants to be able to mass-produce excellence, but excellence is handcrafted. The ego wants to remove the elements of risk and daring and leave us with a sanitized version of art that is curiously castrated. A potent artist is a free artist, and a free artist is one who is able to work well or poorly with equal impunity. By being able to work poorly, we are free to innovate and to seek new ways of making our art. Just as modern dance embraces many previously awkward postures to create a new dance language, so, too, does ego-free art contain the freedom to embrace new forms.