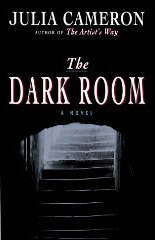 Julia's debut thriller! About Jack Nesbitt, a playboy photographer whose gruesome murder lifts the lid on the sleazy underworld of child pornography. Violet Winters, the cool beauty who was Nesbitt's longtime lover, looks like the prime suspect. But when Nesbitt's agent is killed, too, veteran Chicago homicide cop Elliott Mayo begins to wonder whether Violet, a pediatrician with a kinky past, is a killer or a potential victim. Complicating matters is Mayo's growing romantic interest in her; smitten as well as suspicious, he knows he's treading in dangerous waters. Then his own son is assaulted and his ex-wife's lover is killed in Mayo's apartment. Was it a message from Nesbitt's associates or a case of mistaken identity? The answer could be in Violet's past, or even in Mayo's. Cameron handles the near fatal attraction between them brilliantly, uncovering the darkness in both of their souls slowly and carefully without letting the reader's empathy and concern for them falter.